First of all, it is with great sadness that we record the passing of our President Mr G.Emlyn Williams. ‘Big Em’ died last Wednesday 19th August after a long illness bravely endured. Our thoughts are with his family. It is also with sadness that we also have learnt of the passing of long time member Robin Milgwyn last week as well, once again our thoughts are with his family.

With regards to fishing, it has been a very productive month with plenty of fish moving into the system as is expected at this time of year. Main methods have been spinning or worm fishing during the day, while fly fishing at night has proved to be very difficult recently. The majority of the fish have been fresh Sewin around the 3/4lb to 2lb mark, however there have been exceptions with fish from the July run being caught. These fish have been bigger and are proving to be a great fight, especially when the river is in flood. Catches have been reported by Steve Barrott (his first Dwyfor Sea Trout) with a fish of around 3lb and Carl Williams with a fish at 3lb 2oz. Biggest fish reported however is the belting 6lb Sea Trout caught by Bruce Williams on the 23rd all caught between the tidal stretch up to the top end of the Llanystumdwy Woods. Let’s hope for a good run of Salmon which should start appearing middle of September. 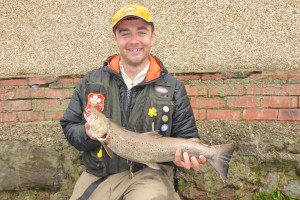 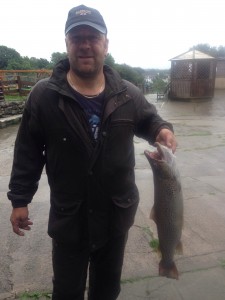 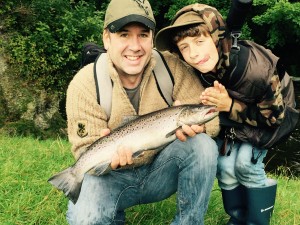 Sorry to hear about Emlyn and Alan Bailey. Have known them for nearly 40 years

For your information, in fact I should have reported it sooner. I was fishing about 200 yards above Dolbenmaen bridge at the end of July when the water was relatively low and on two separate occasions, 50 yards apart, I saw two large sea trout about 10/12lb but they took no notice of my fly despite changing several times.
Cofion,
Brynmor Jones