Well, it’s been a long wait, but the season has finally kicked off with catches being reported on the Dwyfor. We were lucky enough to have a bit of fresh water in May which was enough to bring in a Spring Run of Salmon which have now gone upstream. With the recent downpours over the last few weeks, the river has been flooding quite regular which has meant that a
steady run of big Sea Trout has been entering the system on a regular basis and have now moved up.

One Stephen Williams was fortunate to hook into one of these beauties weighing in at 10lb 8oz, pictured below. With the month of August fast approaching, it bodes well for fly fishing for these Sea Trout and Sewin entering the system over the coming weeks. A few Shad have also been reported in being caught on small plugs in the tidal reaches of the river, proving water quality to be brilliant for them to be there in the first place. Remember, you can report your catches to Criccieth Tackle Box for a mention on here, and would be nice to hear anyone who’s doing well.

A blog well worth reading has come in by Lee Goddard, for access you need to click on the following link, http://lure-and-light-game.blogspot.co.uk/2016/07/decorating-dwyfor.html or go to our facebook page and click on the link there.

We are very fortunate this year to have 2 trialists competing for the chance to represent the Dwyfor at International Level for the Welsh Senior Fly Fishing Team, with 3 trials been already this year on Trawsfynydd, Clywedog and Brenig, things are looking positive for Carl Williams with results of 18th, 19th and an 8th to give him a chance to make the cut when competing on Llandegfedd in September. First time trialist Meirion Jones, also competing for his first cap for Wales has been producing decent results of 22nd, 21st and 20th respectively.

Over on the youth side, Morgan Jones of Chwilog will be winning his first Youth Cap competing on Loch Lein, Ireland in August of this year, we wish him all the very best and i’m sure he’ll do his club and country proud! 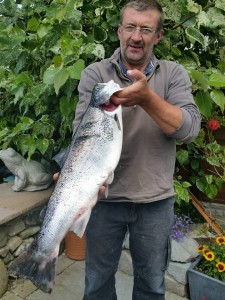